Mindell Firm represented a woman who was involved in an auto accident while making a lawful turn onto a major roadway. The facts of this particular case are as follows:

Our client was pulling out of a parking lot and onto a main roadway when she was struck by another vehicle who was using the left turn lane as a through lane.   Although the other vehicle was cited for improper lane use, her insurance company tried to argue that she had the right of way.   We were able to successfully refute that argument by showing that the other driver forfeited the right of way by virtue of the fact that she was traveling in the wrong lane. 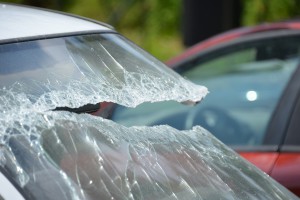 Our client was initially referred to a physician with a questionable reputation.  We worked with her to make sure that she obtained a referral from her own doctor to a highly reputable physical medicine rehabilitation specialist.    This doctor thoroughly worked her up and ultimately referred her to a spinal surgeon.  Our client would eventually undergo a cervical discectomy and fusion.

Despite the above, our client’s insurance company sent her to one of their “bought and paid for” physician, who questioned whether or not our client’s surgery was necessary.

Not only were we able to resolve our client’s case for the full policy limits of $100,000, but we were also able to convince her own insurance company that the surgery was in fact necessary and now, all of her no fault benefits are being paid voluntarily.

PROUDLY SERVING ALL OF MICHIGAN
FOR OVER 50 YEARS